Home Clairvoyance What is courage? 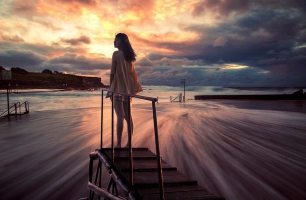 Often I think that a lot of the women I know are really brave and have a lot of courage. I think women especially underestimate themselves and think that they are not filled with courage.

The other day I spoke with a woman who is single, and every day she fights to find her inner strength to be a mother and a woman. She tries to be the best she can be, but she is not happy alone and would love a partner in her life. Last week she decided to go to a nightclub on her own and just dance the night away. She was not out to get a man, but just there to dance. She had all kinds of assumptions on being single and visit such a place and whether she could do it at all. But she did it, despite being insecure. She went and she danced the night away. That to me is being brave.

Another woman I met had a really hard time being herself. I have written about her in my blog before; I told her to say no for two weeks. She was almost overcome by fear of just saying no, but she did it. She stood up for herself and said no when she needed to say no. That to me is courage.

Courage is doing things that are outside your comfort zone, things you haven’t done before without knowing the outcome. I am not saying that jumping off a cliff or bungee jumps is not courage. What I’m saying is that courage is not just those things. Everyday changes that are hard and that takes all the strength in you, requires just as much courage and bravery as adrenaline-filled activities. In fact, the “little things” are sometimes even harder because no one sees what is going on inside.

Next time you have to challenge or change something inside you that really matters, remember that you are one of the bravest people in the world!

Do you feel brave? 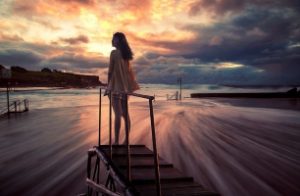 Did you learn anything this summer?

For me, courage is mostly having faith and then choosing to move forward inspite of anything that may stand in your way. I’d like to think I feel brave every day. Thanks!

I think you are very brave every day. Thank you