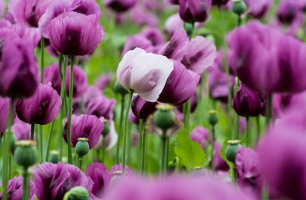 Not too long ago, a woman who was coming to a session called me. She said that her daughter had committed suicide and she didn’t understand why and she wanted me to tell her. She came for at session.

I asked Spirit if I could contact the daughter, and I was shown her; A beautiful young woman, absolutely beautiful.

I asked her why she had decided to end her life. Her answer was that she was very sick, but did not tell anyone. She had heard voices for months, and when she told her doctor, some of it, the doctor had just told her that she should tell them to go away. She had talked to someone at school who had told her to talk with her mom, but for some reason she hadn’t done that.

She told me she ended her life because she did not want to suffer all her life, and that the voices told her to do it.

I told her mother what I had been told and shown and she started crying intensely. This sweet you woman, who was in her late twenties, asked me to tell her mother, that she had been the greatest mom and that it had nothing to do with her.

I normally love when what Spirit tells me gives people peace, but this was such a sad situation. Her mother was forever changed and a part of her soul had been lost with the death of her daughter.

All of a sudden the daughter told me, that her mother should look at a specific picture on her wall, which had a giraffe in it. Her mother said that it was always misaligned on the wall, even when she had just corrected it. Her daughter almost shouted to me, with traceable excitement, that it was her: “It is me, mom” she laughed, “It is me! I am doing that.”
Her mom cried even harder, and laughed. “She is there. She is talking to me. She is really there!”

I absolutely love these kinds of spiritual meetings.

I have talked to the mother for some time, and even though I cannot take her pain away I was able to give her peace of mind and a connection to the daughter that she missed so much.

My work makes sense whenever I get to help people in this way.

Can you measure pain?

Beautiful. You have a gift. Blessings.

This brought tears to my eyes. I can not believe her doctor of all people merely said “tell them to go away” instead of trying to get her some help. I hope the mom has comfort knowing her daughter is still watching over her.

I was so angry when she told me about the doctor. The horrid kind!
Her mother was so happy and at a good place knowing her daughter is there.

Beautiful read. It gives hope to everyone who has lost someone that they aren’t really gone. Thank you.

Thank you so much 🙂 It does give proof and hope 🙂