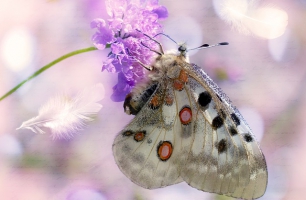 I recently had a lecture during which I was asked about mental illness. I was asked by this sweet young woman who wanted to know where the line between being mentally ill and being psychic is. I loved that she asked that question.

The line between the two is paper-thin. In my life I have met so many people that have been told and diagnosed as mentally ill in varying degrees, and I have also been in bad places in my life. So this subject is close to my heart.

Some of the greatest people I have met were artists such as writers, painters and generally creative people, have been diagnosed with different mental illnesses. But what they truly are, is lost souls. Not lost souls like in the movies, but souls that have not found their way on their own in this life.

To them the world is simply too much of everything, from noise to people. They have a strong connection to the other world, but cannot sort all of the information, and ultimately they will be overwhelmed.

One of these people was a great writer, who was a really famous one, and no doubt very psychic. But he was admitted to a mental institution every now and then because he had to “restart” his brain. He was not mentally ill as such, but he needed shielding from the world. He needed to disappear for a while in order for him to be able to breathe again and function properly.

A problem in today’s society is, that we perceive mental illness is seen as something dirty, something wrong and scary. And often it is only treated with medication. It cannot only be treated with medicine, because you have to get to the origin of the problems people have and not just treat symptoms. If left unsolved they will never get better or simply relapse after some time.

If you got sick every time you ate something specific you wouldn’t take pills for that, but rather make an effort to find out what caused it and stop eating that. Why should we then give pills to someone for depression (as an example) without talking about why the depression came around in the first place, and giving tools to deal with it?

I think that is just so sad. More needs to be done! 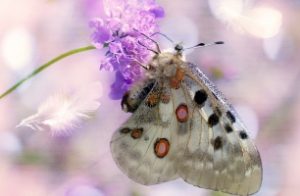 Do you need a vacation?

Did you learn anything this summer?