Home Clairvoyance How do you listen? 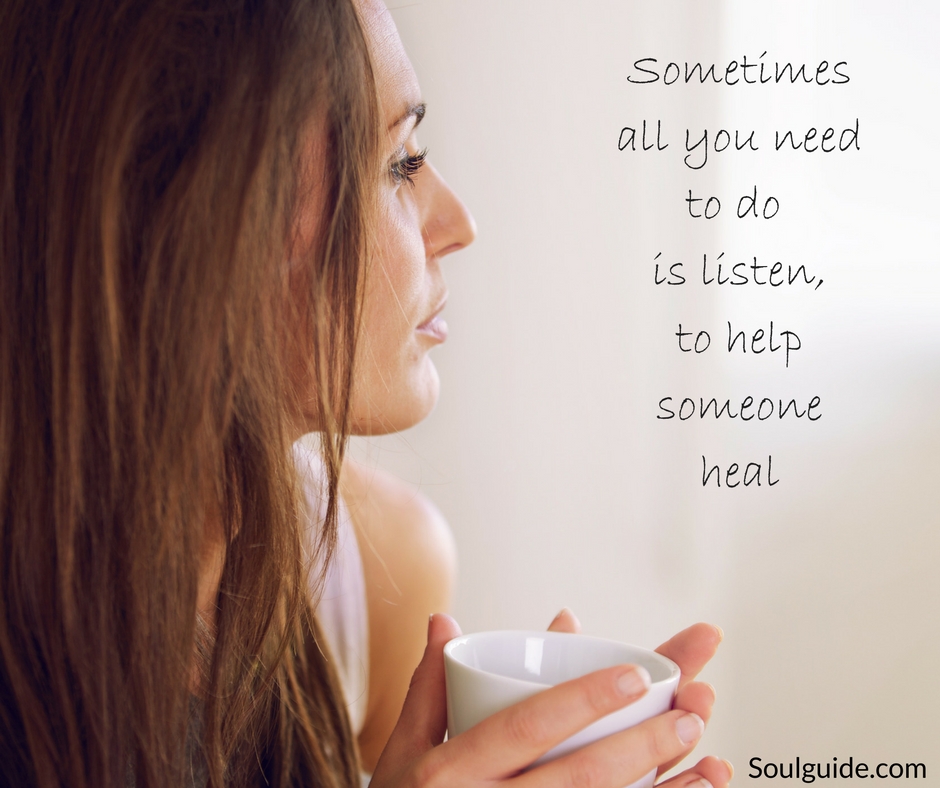 How do you listen?

How do you listen?

So many people are alone with their feelings, and many choose not to share them because they have previously been burned by others.

Not long ago, I was talking to a woman who keeps her feelings to herself. She was explaining how, one day, one of her friends had pushed her to tell how she felt. Her friend had said that “sharing is good” and so she ended up telling her how she was. But this friend never replied to what she told her, just something irrelevant about kids.
Obviously, she was hurt by her friend’s behavior. She had told this friend about her feelings, which was extraordinary. And all she got out of it was, that maybe keeping her feelings to herself was the right thing to do.

We talked about how sharing with others can be difficult, because our expectations of others are so different. They might not be in the same place as you, so you cannot expect them to act as you do.

I don’t think that this friend should have pushed her so hard if she anyway didn’t have time to listen to her, that just makes the effort seem pointless. If you want others to feel important, like they matter, you must listen to them. Who knows, they might even say something interesting.

Have you thought about how you listen, and what you expect from other people when you share your thoughts and feelings?

I often say that we should listen to the older generation of our society, mostly because they have seen things we wouldn’t even dream of. I have spent a lot of time listening to my grandparents and their friends, asking about the “old times” and that has taught me so much about where the world comes from, and where it is going.

Sometimes, all you need is to breathe and listen.

Do we need to do more than cure cancer?

Does being psychic make you cynical?

Thank you for reminding us how we can do so much for others by simply listening. Love your image too!

Thank you so much 🙂 Sometimes a reminder is all you need to change someones life.