Home Clairvoyance Are you fighting against evil or for good? 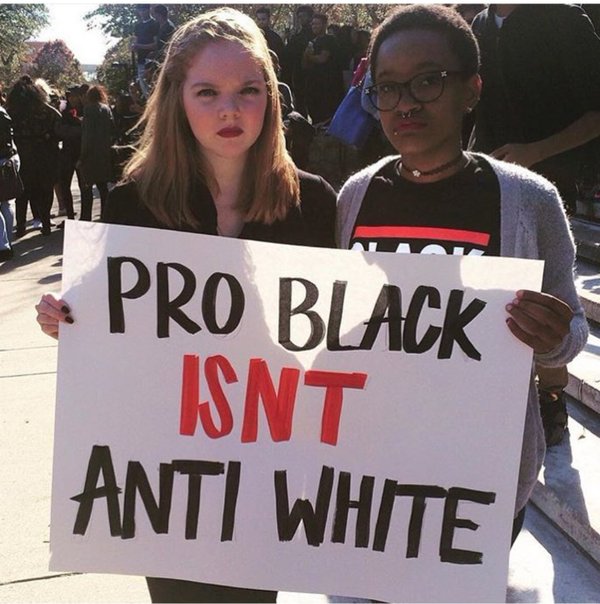 Are you fighting against evil or for good?

Are you fighting against evil or for good?

I saw a sign today: ”pro black is not anti-white”.
I loved it! It made me think. Just because you are pro something does not mean you are automatically against the opposite at all. It means you are for something and that you want something to get stronger. It has absolutely nothing to do with making something else go away.
I understand why someone would think this since it has been a black and white fight for years. Today’s feminism is not about erasing men, but empowering women.
I think it is sad that you need the fights between colors, faith and gender, when it has nothing do to with erasing others. It is all about coexistence.

In a world that is so aggressive and counting on extrovert abilities, it is important to remember that just because you are an introvert it does not mean you cannot be extrovert at times. Opposite, just because you are an extrovert it does not mean you cannot be introvert at times.
We need a balance of black and white, yin and yang, to be able to just be.
There has to be balance for us to breathe and not feel like we are off.

Too many people fight a fight for their cause and I love it, but often they are fighting against something and not FOR something else.
In a world of so many negative things it is important to remember to stay focused on the positive things. It will bring you nothing but negativity to fight for a negative thing. At times, it is a fight for evil. I see so many people fight against gays, abortion and other things. They fight it with the words as if it destroys their own ways of living.

I cannot in a million years see how two gays living together would destroy another person’s marriage I cannot see how abortion is any of other people’s business. I cannot see how someone can fight homelessness, but I can see how you would fight for people to get off the streets.
It is all about focus. Focus on educating people and teaching them how not tot get pregnant, that would be better than to shame them, and make them feel even worse.
Just like the fact that the fight for women’s rights is not a fight against men.

Not too long ago I saw a man who was about to be thrown in jail because he had painted his house blue, and not the same color tone as everyone else. It was in the plans for the area that you could old use one kind of color. Still I think it is absurd that anyone would be thrown in jail for this. However, you should follow the rules. If you don’t like the rules, get them changed.
I want to tell you all to change your perspective and fight for the good in the world and not fight against something you think is bad. I want you to tell me what you want to fight FOR?

Does your letters makes a difference?

How I made a believer out of a skeptic