Home Clairvoyance I can find most things 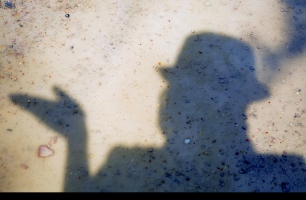 In my Danish blog I write about my world and one of the things that is taking a lot of my time is finding things, and in fact one of the posts that has gotten the most attention in my Danish blog is one about this.
I have found anything from mobile phones to horses.

I sometimes hear people say that it’s impossible to measure what I do, but it is more convincing when I find things for them. From time to time there are things I cannot find or circumstances that make it very difficult, but every time it is down to me not “seeing” the pictures I get clearly enough, so I’m still practicing.

Usually it starts by me being tagged in Facebook groups when people cannot find their things, and the last time it was a woman who had lost her keys which I found for her.

I also get phone calls from people who have lost jewelry like necklaces or rings. An older woman once called me and said she lost a necklace that her daughter had given to her.
I told her that what I was shown was a leg from a bed, a brown one and a carpet and I was puzzled when she told me that it didn’t sound like anything inside her house. But I was very sure and after some more talking back and forward I think she gave up. I chose to let it go even though I was very sure. I didn’t want to lose any sleep over it.
But then, two days later, she called me again and told me that the necklace had been found at her daughter’s house, right next to the leg of a bed on the carpet. She just had to tell me because she had been so certain that I was wrong but then it turned out that it was right on the money.

Today I was at a social gathering at which a woman told me that her son had lost his mobile phone. It had been four weeks since they last had seen it. I instantly told her that it was in her kitchen. She was very sceptic, which obviously is absolutely fine, but I knew that I saw a fridge.
Later in the day I received a text message from her that they had found it behind their freezer not far from the fridge.

I love when I’m able to prove myself to sceptics, as they cannot say it must have been a lucky guess. If it was, let me tell you, I make amazingly many lucky guesses and should have won the lottery several times already. But I haven’t.

I know from the other post, that questions to find things come through the comments. I would love to answer all of them but I haven’t got the time to do as much free work as I would like to.

I will not be answering questions in this post.
That is why I have my SoulChat’s once a month where I will answer questions for free. You can see when the next SoulChat will be by looking in my event calendar HERE.

When I speak past souls join in