Home Clairvoyance Could you say no for two weeks straight? 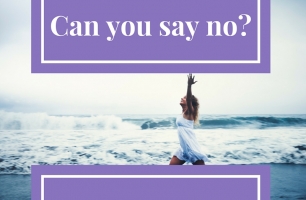 A woman who was going through a really hard time in her life came to see me recently. She didn`t know if she wanted to stay in her marriage or not, what kind of job she wanted to have in the future, or even what would be available to her. She had simply been drained of her energy. Spirit was telling me simple things to say. She needs to say no. Just no.

Her tears start flowing down her cheeks, and she told me she never told anyone no, because she didn’t want the battle. She felt that every time she said no she had to defend herself and her choice. She thought that it was the easy way out to say yes. I am not one to say nothing so I told her she was wrong, and that it was in fact the hard choice to say yes.

What I was shown by Sprit was that she did in fact say yes all the time, but every time she should have said no, but didn’t, she lost a little piece of her self-respect and her soul. It might be easier to say yes when you are standing there, but in the long run you will burn out.

She told me that “it is so much harder than I thought it would be” after three days of no–saying, that she had cried a lot and that she understood how much she had compromised herself every day.

I also gave her a task to write three things she was grateful for every day, to show her that there are in fact good things in her life and that she cannot be controlled by anger or fear when she is grateful.

After looking into how she came to where she is, we started looking at her possible future. One thing Spirit and I do really well is to make career plans with people. I get very clear pictures and new concepts shown, and that way I can help break down obstacles and help people realize what they can do and the way to do it. She has multiple careers behind her and she was looking for something that made sense. I told her how to connect her previous jobs and we developed an entire new concept, in which I’m sure she will be magical and fantastic.

She is currently three days into her “just say no” plan and I will support her and talk to her when she needs it for the next 11 days. By then we will have another session where she looks at the “two weeks of no”.
Could you say no for two weeks? Or maybe, say yes for two weeks? 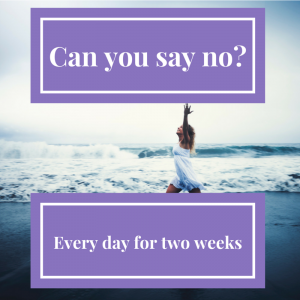 90 day regression-boost to stay on track

That is such a hard challenge. I don’t know if I could do it.